Thanks for your great testimonial

"After several efforts in trying to sell our house with other agents, we were not sure which direction to take.  Our long time neighbour strongly recommended Carmen.  We immediately found out that Carmen was different from the previous agents from her positive attitude/mindset, creativity in her marketing and sales approach and very professional . Her team prepared fantastic photos and film for the house (I wanted to buy after seeing the photos/film). Carmen got our house sold in less then 2 weeks.  I would strongly recommend Carmen for any of your real estate transactions." 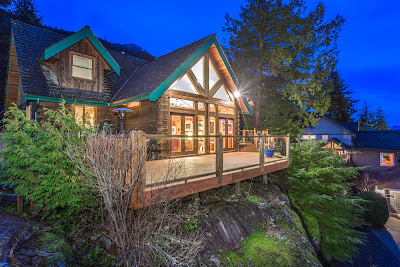 Posted by Vancouver Realtor at 17:41 No comments:

Own one of the most desirable townhouse in Yaletown!!!

Posted by Vancouver Realtor at 23:33 No comments:

Top 25 Neighbourhoods in the Lower Mainland

Click here to see the full rankings for all 200+ Vancouver neighbourhoods.
Posted by Vancouver Realtor at 16:25 No comments:

- Global uncertainty, the low loonie and Canada’s tempting lifestyle, economy and commerce has made Vancouver and Toronto increasingly attractive to foreign commercial real estate investors — particularly those from China and the U.S.

- The research, published last week in the form of several infographics, claims that foreign investment into Canadian commercial real estate climbed by 143 per cent in the past six months, to $1.85 billion. In that period, $798 million of that incoming capital ended up in Metro Vancouver and this has been all from China.

- Nearly all of the inbound investment into Canada originated from China (42 per cent) and the U.S. (48 per cent) during that period.

- From a global perspective, Toronto and Vancouver are recognized as two of the top most-livable cities in the world, and from economic standpoint those are the cities that are performing quite well.

- Additionally, the low Canadian dollar is really an advantage for an international buyer coming into the market right now. Perceived factors such as Vancouver’s highly educated workforce, livability and political stability all paint a rosy picture for prospective investors, she said.


Dan Scarrow, of Canadian Real Estate Investment Centre in Shanghai told The Sun earlier this month that the children of Chinese-Canadians — by his own calculations — are in line to inherit more than $1 trillion over the next 30 years.

He said a portion of that money would be used to buy real estate.

• Vancouver (3), Toronto (4) and Calgary (5) were all in the top five most liveable cities, according to the Economist Intelligence Unit’s Global Liveability Ranking, 2015

• Canada ranked as the world’s ninth least-corrupt country on the Corruption Perceptions Index, 2015

• Ranked as the 12th most innovative country on the Bloomberg Innovation Index, which assesses countries based on R&D, manufacturing, technology, education and patents


FOR MORE INFO ON THIS PLEASE GO HERE
Posted by Vancouver Realtor at 15:56 No comments: